A lifetime of travel and new experiences infuse her work 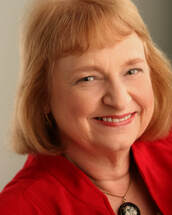 Heather Ames has enjoyed a nomadic life, living in 5 countries and 7 states. Currently, she resides in Salem, Oregon, where she has finally achieved her dream of writing full-time after a long career in the healthcare industry.

She is a past finalist in Romance Writers of America’s prestigious Golden Heart contest. While living in Boston and Los Angeles, she took classes in TV production and wrote, produced, directed and edited two documentaries, one of which was nominated for an award. She currently moderates a highly successful online critique group that has been exchanging manuscripts for over ten years, and has been affiliated with Sisters in Crime, Mystery Writers, Willamette Writers, the Electronic Publishing Industry Coalition (EPIC,) Alameda Writers Group (AWG,) Romance Writers of America and Toastmasters International.
Heather served AWG twice as a board member as well as host and moderator for the Fiction Special Interest Group, and was a coordinator for several of RWA’s local and national conferences. She is a current board member of Portland, Oregon’s Harriett Vane Chapter of Sisters in Crime as well as an active member of both the Salem chapter of Willamette Writers and Northwest Independent Writers Association (NIWA.)

She served as a judge for several annual Golden Heart competitions, RWA’s Heart of the Rockies chapter’s annual contest, and for short stories submitted for inclusion in NIWA’s 2021 Anthology, FORBIDDEN. She has been a speaker for RWA, Willamette Writers and AWG, was selected as both a panelist and a moderator at past Left Coast Crime Conventions, and appeared as a featured guest on the Beaverton Toastmasters TV program, “The Write Stuff.”

**Heather decided to independently reissue ALL THAT GLITTERS and an updated version of INDELIBLE after the small press that had published both novels abruptly closed. Rights had been returned for both those books, plus the 2nd book in the Miami series, A SWIFT BRAND OF JUSTICE, which had also been accepted for publication.